In accordance with the Lakeway City Charter, the City of Lakeway operates as a council-manager form of government. The mayor and six councilmembers are elected officials and serve as the legislative body of the city.

The city manager is responsible for the proper administration of all City affairs. The city manager and assistant city manager work closely with the City Council and the department directors to provide the highest level of service for the residents and businesses of Lakeway.

City Manager for the City of Lakeway, Texas 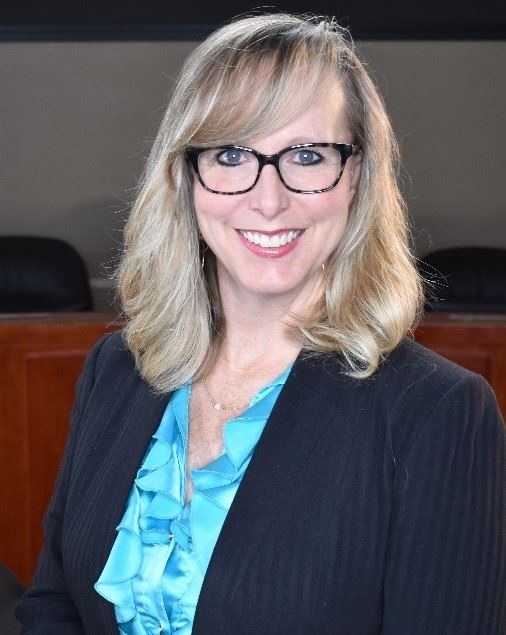 Julie Oakley is the City Manager for the City of Lakeway. She oversees all departments and staff members. The City Manager reports directly to the City Council and administers the day-to-day affairs of the city, implementing policies established by Council and ensuring the city operates in a fiscally responsible manner.

Julie began her career with the City of Lakeway in 2010 as Finance Director and then took over the role of Assistant City Manager. In late 2019, she was named Interim City Manager and soon offered the City Manager position. She is a Certified Public Accountant and member of the Texas Society of Certified Public Accountants. Julie was appointed by Texas Governor Rick Perry and Governor Greg Abbott to the Texas Municipal Retirement System Board of Trustees and served in that capacity from 2010 to 2020.

During her time so far with the City of Lakeway, Julie implemented the regional household hazardous waste center and developed partnerships between various local government entities in Western Travis County. She developed the first Capital Improvement Plan for the City of Lakeway. She also oversaw the development of the city's first Thoroughfare Plan, and a new Comprehensive Plan approved in 2020. Additionally, during her tenure as Finance Director, the bond rating increased, along with the city receiving stellar financial audits.

A native of Midland, Julie received her degree in Accounting and Information Systems from the University of Texas of the Permian Basin. Before coming to the City of Lakeway and earlier in her career, Julie was employed by public accounting firms specializing in audit and tax, as County Auditor for Midland County, as Finance Manager for Dallas County Schools, as Financial and Legislative Analyst for the Texas Association of Counties and as Senior Financial Analyst for Travis County.

Julie enjoys spending time with her kids when they’re in town from college. She also enjoys reading and traveling with her husband.