The Lakeway City Building Commission (CBC) administers the City Building Code which governs the construction of all residential and commercial structures in the city. The commission is composed of seven regular volunteer members plus two alternates.

Second Thursday of each month at 9 a.m. 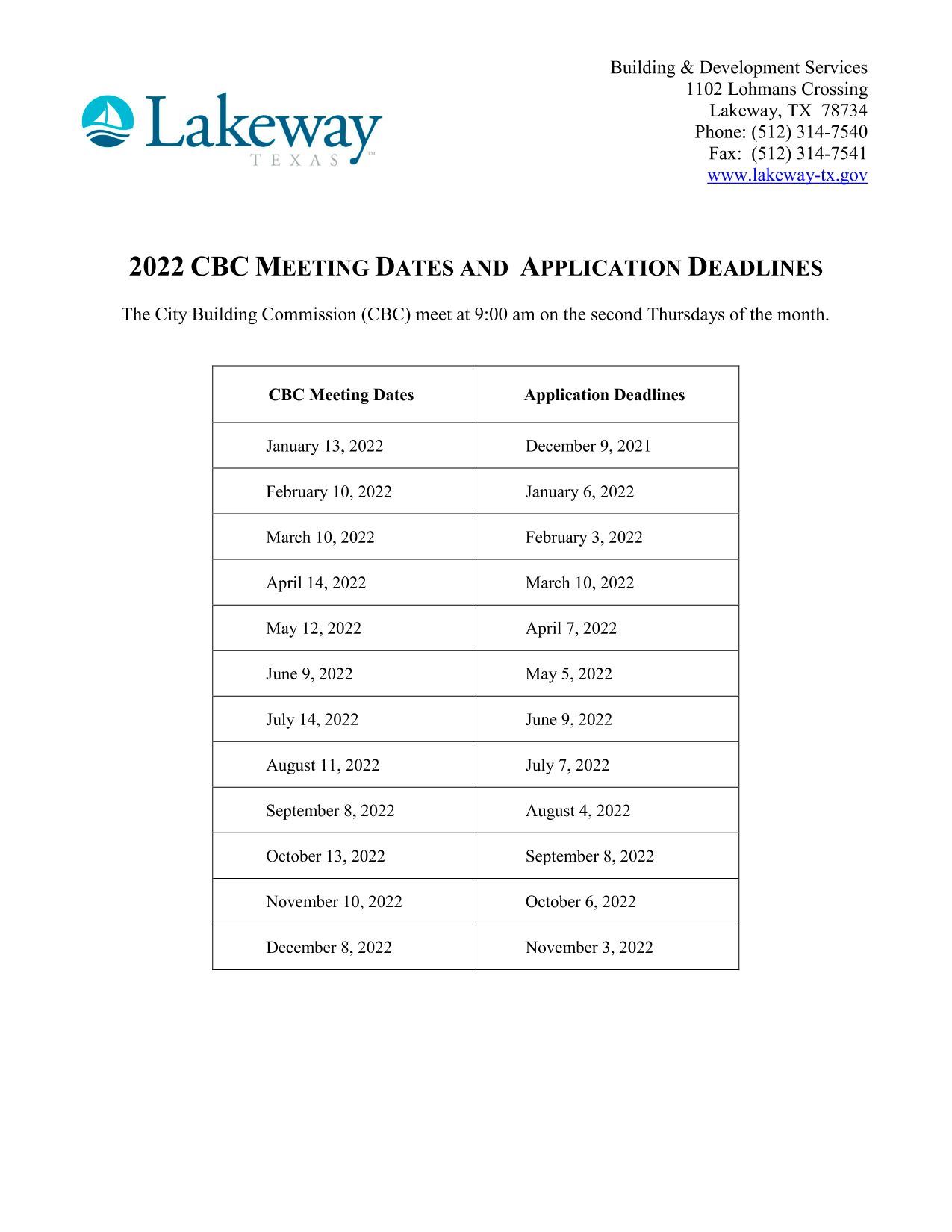